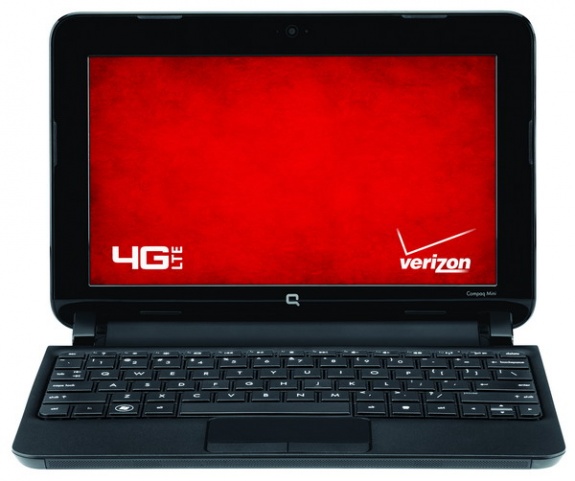 A week after the making the first 4G LTE-enabled notebook available, Verizon today announced that it’s about to ship the first Netbook that offers the same built-in superfast cellular Internet access, the Compaq Mini CQ10-688nr.