The Luxurious and Serene Santorini Grace Hotel in Greece

Breathtaking, picturesque, stunning… all words that are commonly used when describing the Greek Island of Santorini.   Known as the “honeymoon” island, visitors come from all over the world for the legendary sunsets and steep cliffs that lead down to seemingly untouched beaches.

The deep blue water of the Aegean and white architecture set the stage for the Santorini Grace, a luxury boutique hotel carved into one of the island’s many majestic cliffs. Housed in the traditional and unassuming architecture of the Cyclades Islands, the Santorini Grace looks identical to its surrounding neighbors on the outside with its  traditional yposkafa buildings (concrete white, cave-like, with rounded edges and dome shaped roofs). The interiors are carved out of the same single slab of whitewashed concrete providing curved alcoves, benches, storage, bed platforms, and tables, eliminating the need for most furniture –but that wouldn’t be much fun, would it?  Curved modern chairs, hourglass-shaped side tables, and flat screen televisions are some of the chic finishing touches found throughout the guest rooms.

It is true, the modest exterior of the Santorini Grace is a nod to the traditions of the Cyclades, while the interior can be best summed up in one word: posh.  Not posh in the traditional sense of the word (there are no opulent chandeliers or ritzy sculptures, no marble floors or gold trimming), but rich by nature, privileged by its organic surrounding environment.  The elegance of the whitewashed walls is intoxicating.  Lush seating areas and two infinity pools are bathed in the luxurious afternoon light that reflects off the Aegean.  Pick any lounge chair and you have the best seat in the house. 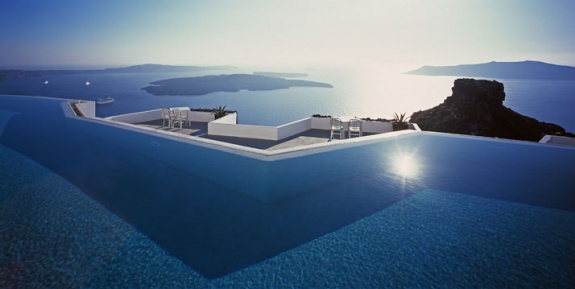 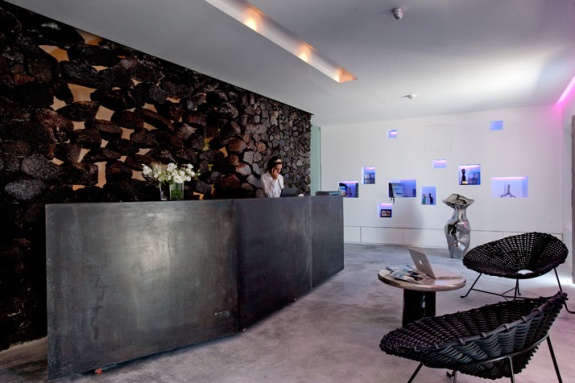 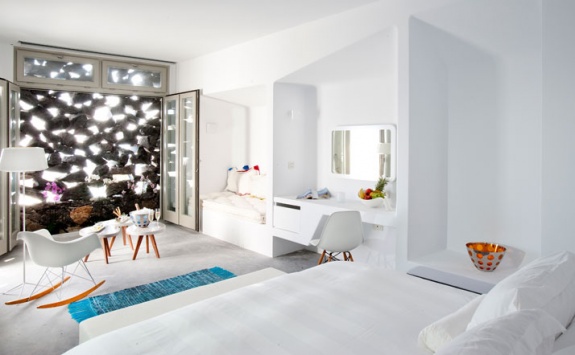 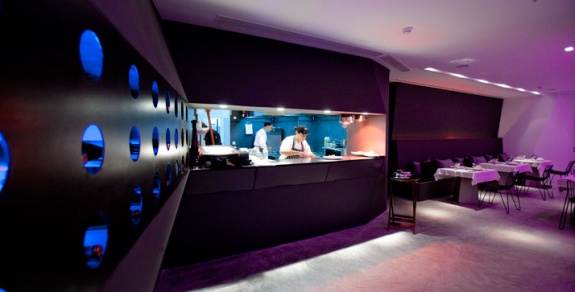 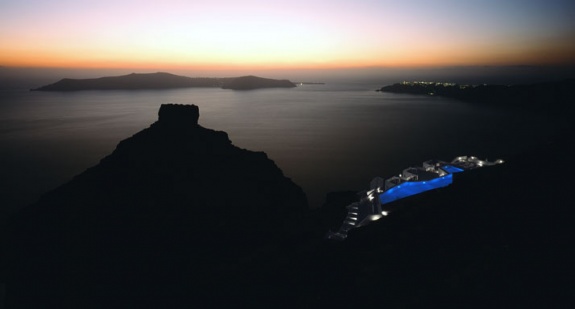