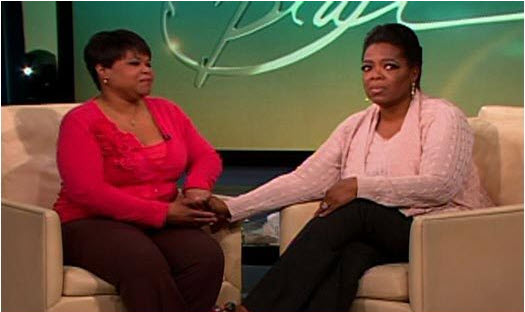 Oprah’s big secret was recently revealed to anxious fans around the globe. Oprah shared with her audience of a half-sister she never knew, Patricia (last name not revealed), who now resides in Milwaukee. Patricia stated that she’s bounced around foster homes (some not so good) until she reached the age of seven.

“I was given some news that literally shook me to my core. This time, I’m the one being reunited,” she said. “I was keeping a family secret for months, and on Monday you’re going to hear it straight from me.”

Be sure to tune in to today’s show for the actual announcement from Oprah.