He’s now known on the Web as the man with the golden voice. But before that, he was known as a guy standing on the side of the road with a sign —just like many other homeless people. 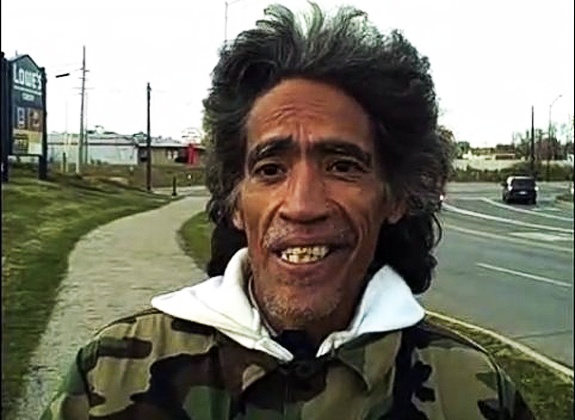 Updated: Ted Williams all cleaned-up, pictured below from the Early Show! 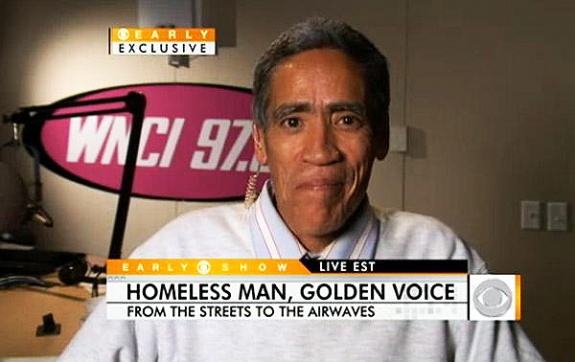 The man with the golden voice, Ted Williams, is an internet sensation. And apparently, his fame may have landed him a pretty good gig: CNN affiliate WEWS reported that the Cleveland Cavaliers have offered Williams a job and a house.

Williams’ story is the epitome of how dreams can come true in the internet age. And practically overnight.

His story was first reported in the Columbus Dispatch; a photographer drove up to Williams on the side of the road and videotaped him as he held a sign that said in part, “I have a God given gift of voice.” The photographer wanted him to prove it to earn some cash, and boy, did Williams deliver. He rattled off, in a James Earl Jones-esque voice, what seemed like a perfect radio station tease. Source: CNN.com