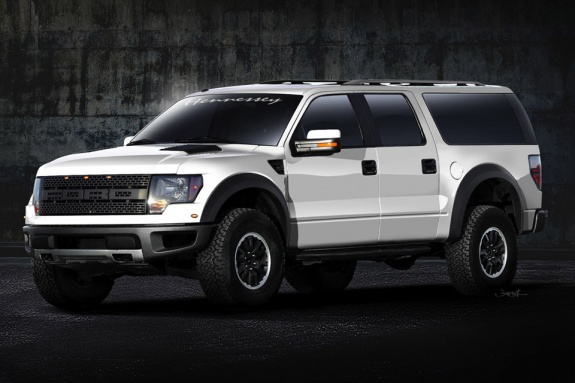 If this vehicle doesn’t scream ‘Merica – I’m not sure what does. Introducing the Hennessey Velociraptor SUV.

“Don’t plan on pre-running Baja or negotiating Rubicon with our SUV – that is not why we built it”, said company founder, John Hennessey. But if you’re looking for the ultimate vehicle to drive from Aspen to Telluride in January, the VelociRaptor SUV would be perfect.”

So how much does the damage come out to if you want to cart along the whole family out to the desert? How does $149,500 sound for just the base VelociRaptor SUV? Read More 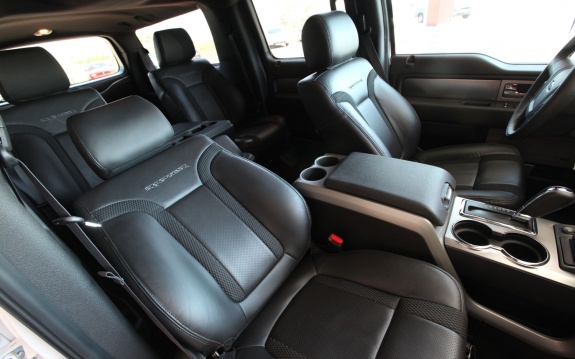 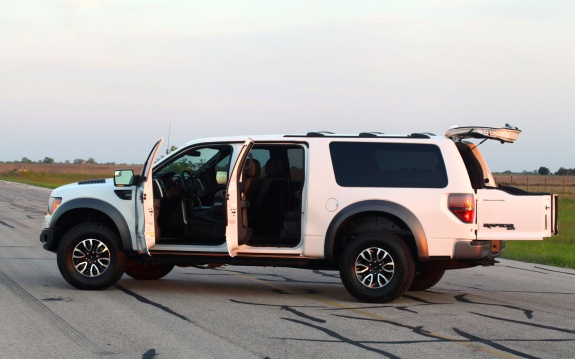 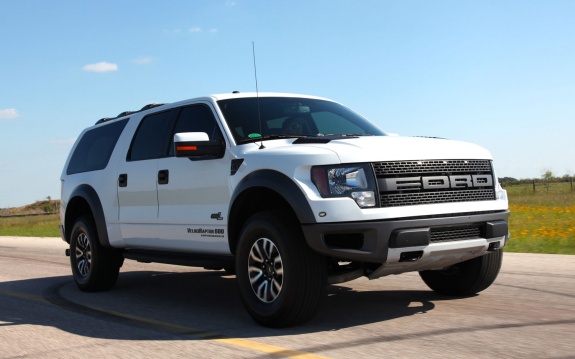