Admin October 6, 2010 7
Since his birth on September 24, 1982 in Owensboro, Kentucky Aaron Kizer’s bane has been his Midas touch. A true artisan, Kizer totes a list of achievements executing a level of determination and professionalism with every endeavor. Now, Kizer looks to evoke emotion with his performances and portraits. Completed in minutes, each piece conveys the true nature of the subjects represented.
Think 21st century vaudeville and you’re almost there. Now take a look at the aftermath. Kizer offers his large speed painting works, prints, and art inspired t-shirts for the audience to take a piece of Kizer home. Every piece of Kizer’s work is available at kizerarts.com.
Whether you’re a fan of art or not, Kizer is a must see talent. From his upside down Einstein to cranking out an artful Johnny Cash portrait to a live cover of Cash’s Hurt, by singer/songwriter Andy Brasher – Kizer does not disappoint. Not only does Kizer provide remarkable art in a matter of minutes, he imprints them on fashionable art inspired threads. 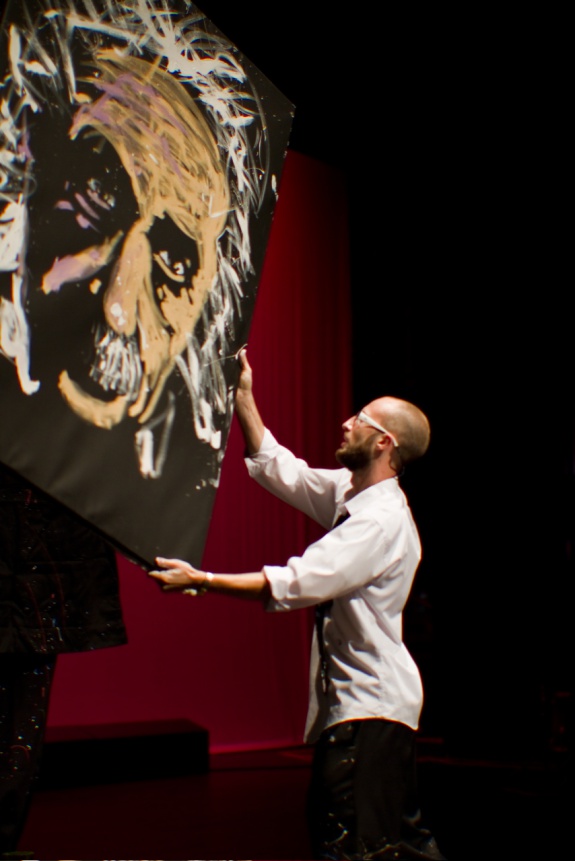 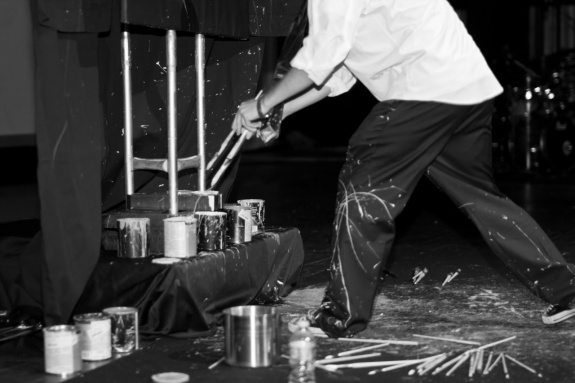 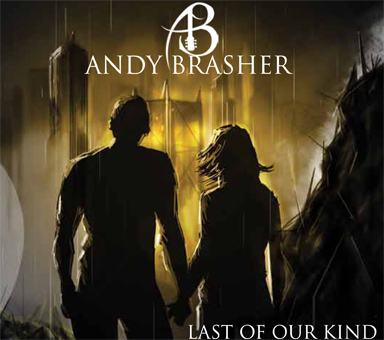 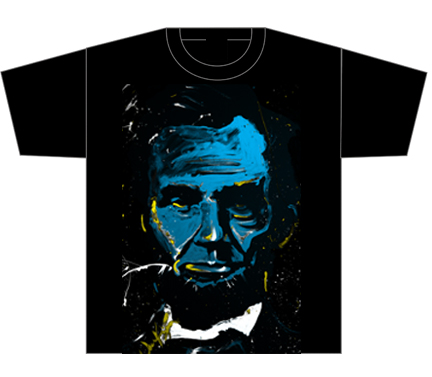 Live music during Kizer’s Cash performance provided by Andy Brasher. Brasher is a singer/songwriter/performer from Owensboro, Kentucky. Andy has been writing songs since the age of 10 and playing guitar since age 14. He comes from a family steeped in musical tradition and grew up around jam sessions that his father and uncles would have. He slapped his hands on his knees until he picked up a couple of guitar chords from dad, then there was no looking back. Get a hint of Andy via this video of him performing, Indian.